Exploring the diversified landscapes of France from two wheels, with a refreshing breeze in your hair, the gentle sun on your face, and with the French classic À bicyclette (literally ‘On bike’) as your theme song, is a wonderful way to spend your holiday.

Chances are that if you are thinking of booking with us, it’s because you’re looking to take your bike to France. Indeed, travelling by ferry means that you can pack as much as your car can carry – so you’re well on the way to planning the ultimate cycling trip.

Interested in taking your bike to France? From the D-day landing beaches of Normandy to the green Ouche Valley of Burgundy, these French destinations are accessible for experienced bike enthusiasts and families alike. Read through to prepare your own little Tour de France! 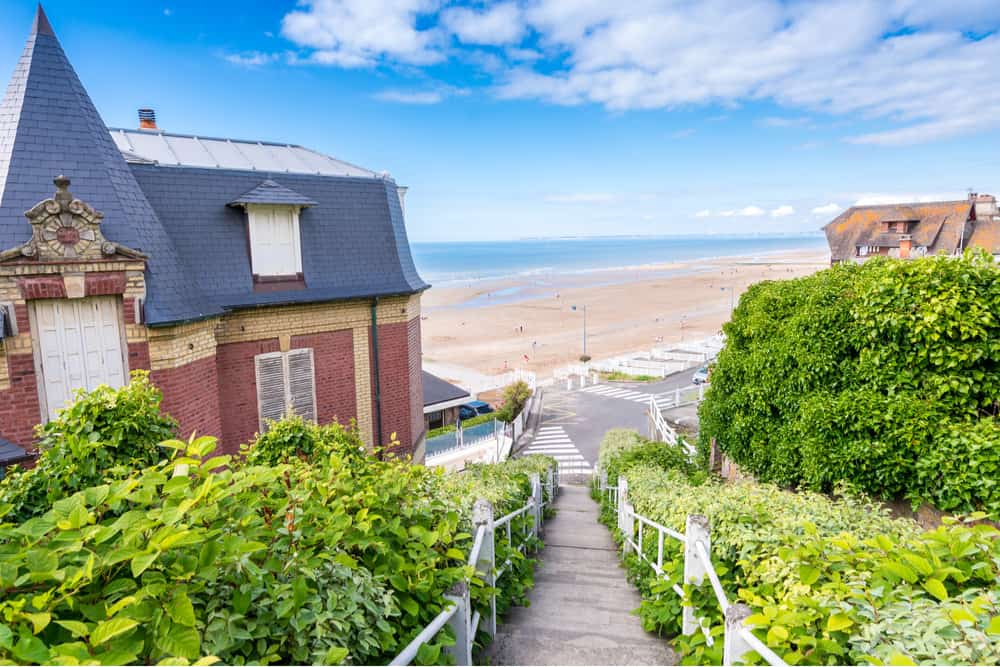 Given Normandy’s charm, it’s not surprising that locals Gustave Flaubert and Guy de Maupassant (two of France’s most illustrious writers) were inspired to pick up a pen. The same can be said for taking your bike: charged with history, its stunning landscapes are an explorer’s paradise.

Pedalling through the picturesque Norman bocage – a vast, verdant land typical of the area – you’ll venture across shaded, mysterious pathways. Following the main roads will take you to the city of Bayeux and its famous Romanesque cathedral. While the nearby Longues-sur-Mer, home to a WWII German battery, is another location that’s well worth the detour. Before you leave the area, cycle to Arromanches, where a Mulberry-harbour – an artificial port built by the British for D-day – still stands today.

If you still have some strength in your legs, proceed to the mount Saint Michel. On the approach, you will have to step down from your bike to reach it, just as the pilgrims did. 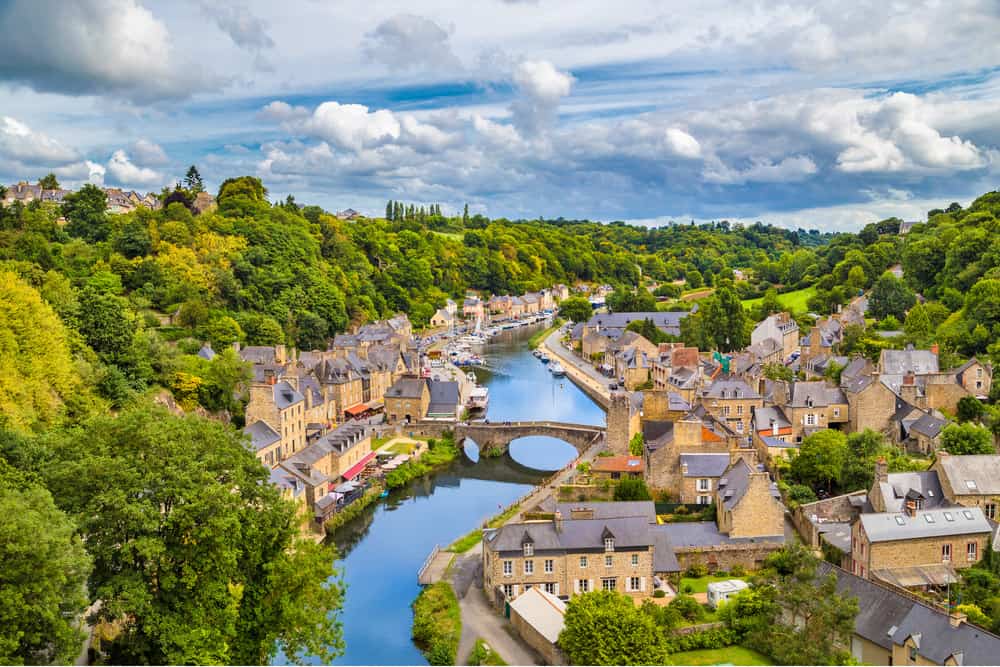 France’s Emerald Coast is 40km of exhilarating rocky wonders, running from the Mont-Saint-Michel to the pointy Cap Fréhel. Cycling from the mount to Saint-Malo, a former Corsairs’ lair, will take you around two hours. After feasting on crepes and drinking a fine cider, you can cycle – or drive and then hop on your bike once there – all the way to Saint-Brieuc. This maritime city is located in a splendid bay, the second biggest of the region, and is home to the 13th century Beauport Abbey, with plenty of cycle-friendly pathways.

Alternatively, you can visit the Rance Valley, which owes its name to the 100-km-long river of the same name and is composed of stunning villages (Saint-Suliac is considered as one of the most beautiful in France) and ports. Towards the end of your expedition, you will enter the medieval city of Dinan that is still guarded by its original 3km of ramparts. The more adventurous can consider taking on the ambitious route that runs along the 360km canal linking Brest to Nantes, a construction which was ordered by Napoleon in 1804. 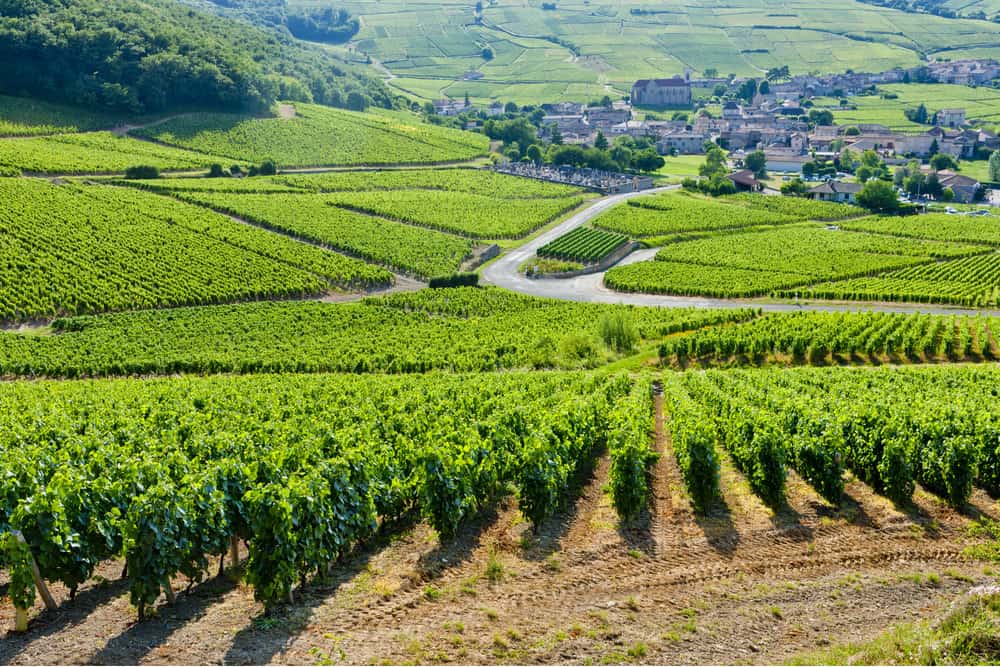 After inviting you to go on a hiking trip on the footsteps of Julius Caesar and Vercingetorix in Burgundy, we now take you on a cycling journey that begins in Dijon. The capital city of the Côte-d’Or – literally the “golden coast” – makes for a great starting point as the canal of Bourgogne runs through it.

Cycle along it and less than two hours later, you will find yourself in Malain, a village famous for the witches it allegedly harboured and its mysterious hilltop castle. From there, you will only be 7km away from Gissey-sur-Ouche. Upon seeing its charming bridge, you will know that you have entered the lush Ouche Valley, a leafy land that boasts unsuspected treasures, such as the villages of Commarin and Châteauneuf-en-Auxois and their respective remarkably well preserved castles. From either of them, it will only take you a three-hour bike ride to reach the enchanting Morvan Natural Regional Park. With its forests, lakes and ponds, the Morvan Park’s beguiling scenery will ease your mind. 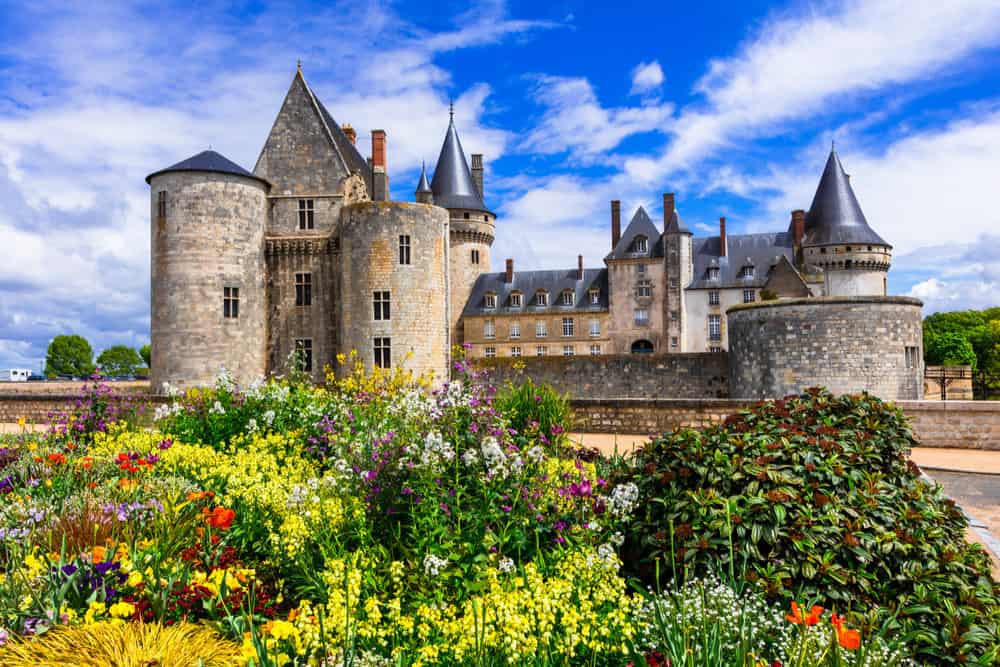 Ready to embark on an epic cycling trip? If the answer is “yes”, you should consider the 900km route along the Loire – France’s longest river – that takes you from the town of Cuffy to Saint-Brevin-les-Pins and the Atlantic Littoral. If you are looking for a less intense but still stunning promenade, stay in the Loire Valley, cycling from one of its famous castles to another – a tour as delightful to children as it is to adults.

Admire the palace of Cheverny, which was the basis for Marlinspike Hall in the comic book Tintin, before venturing into its fairy tale forest. Then head to the grandiose Chambord; said to have been inspired by the drawings of Leonardo da Vinci. Those after an immersive natural escapade should opt for the Loire-Anjou-Touraine Natural Park, or the leafy haven of the Sologne region. With its 500,000 hectares of forests, Sologne is home to 140 species of birds, as well as deer and boars – a magical destination that is particularly ravishing in autumn.

Can’t wait to cycle around France? Book your Dover to Calais crossing today!