Instagrammable Locations in The Netherlands #NoFilter

When it comes to picture-perfect locations, The Netherlands doesn’t begin and end in Amsterdam. Venture a little further afield and you’ll discover countless hidden gems. There are plenty of places well worth a day trip from the port of Rotterdam, with many unmissable photo opportunities along the way.

Amsterdam is one of them, of course, but if you want to surprise your friends and followers with unexpected snaps on your social feed, we have a few surprising recommendations for you! From the floating city of Giethoorn to canal-laden Delft, we’ve handpicked four Dutch locations that are so beautiful you won’t even need to use a filter! 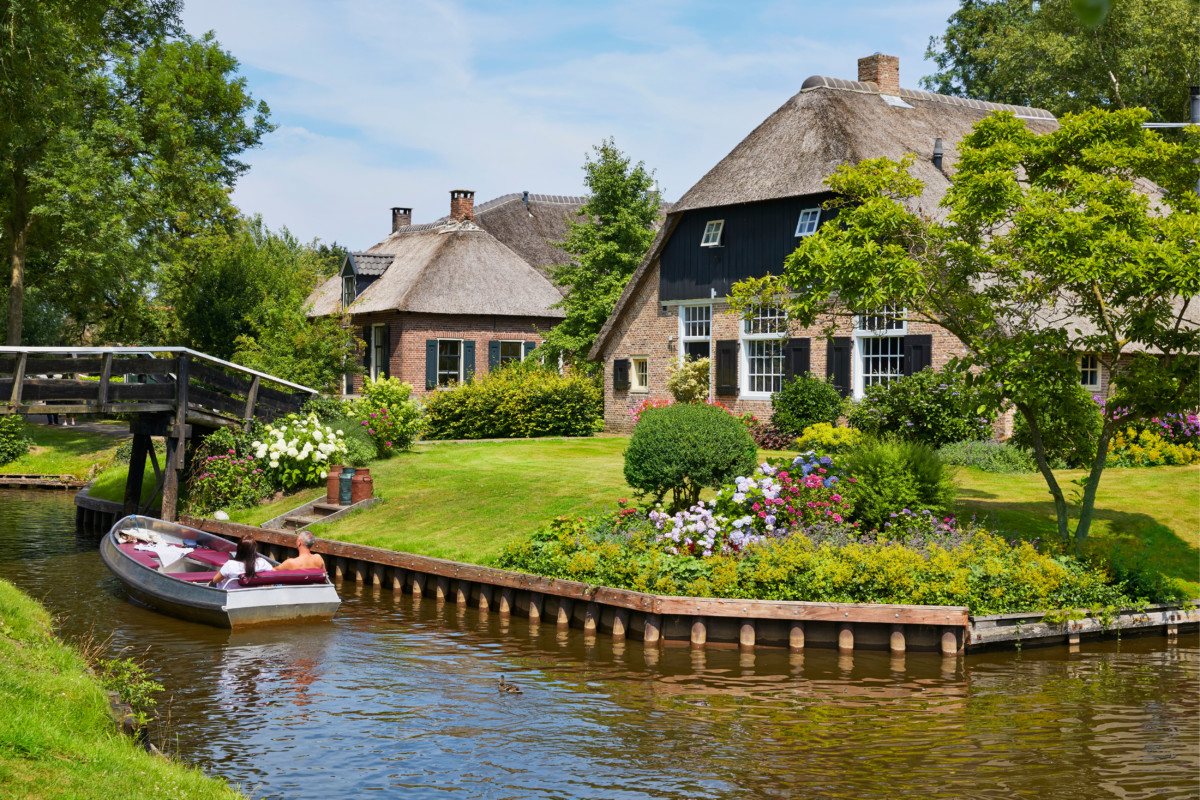 A third of The Netherlands is below sea level, so the country has had to come up with inventive ways to stay dry. The quaint UNESCO-listed windmills of Kinderjiik are just one example of the nation’s efforts to manage the water.

A further two-hours on from the port of Rotterdam, the scenic village of Giethoorn also lives in harmony with the water, so much so you won’t find any roads there at all. Park your car nearby before setting off to explore this unusual location on foot, bike or boat. Over 150 enchanting wooden bridges cross the water, giving this peaceful village a wonderfully traditional aesthetic.

If you’d like to travel on the water, you’ll have your choice of vessels to board. Motorised boats are available to hire, but if you want to go old school and don’t mind some light exercise, then the best way to get around is by rowing boat. That way, you can take your time to soak up the scenery and snap some idyllic pictures of this treasured Dutch village. 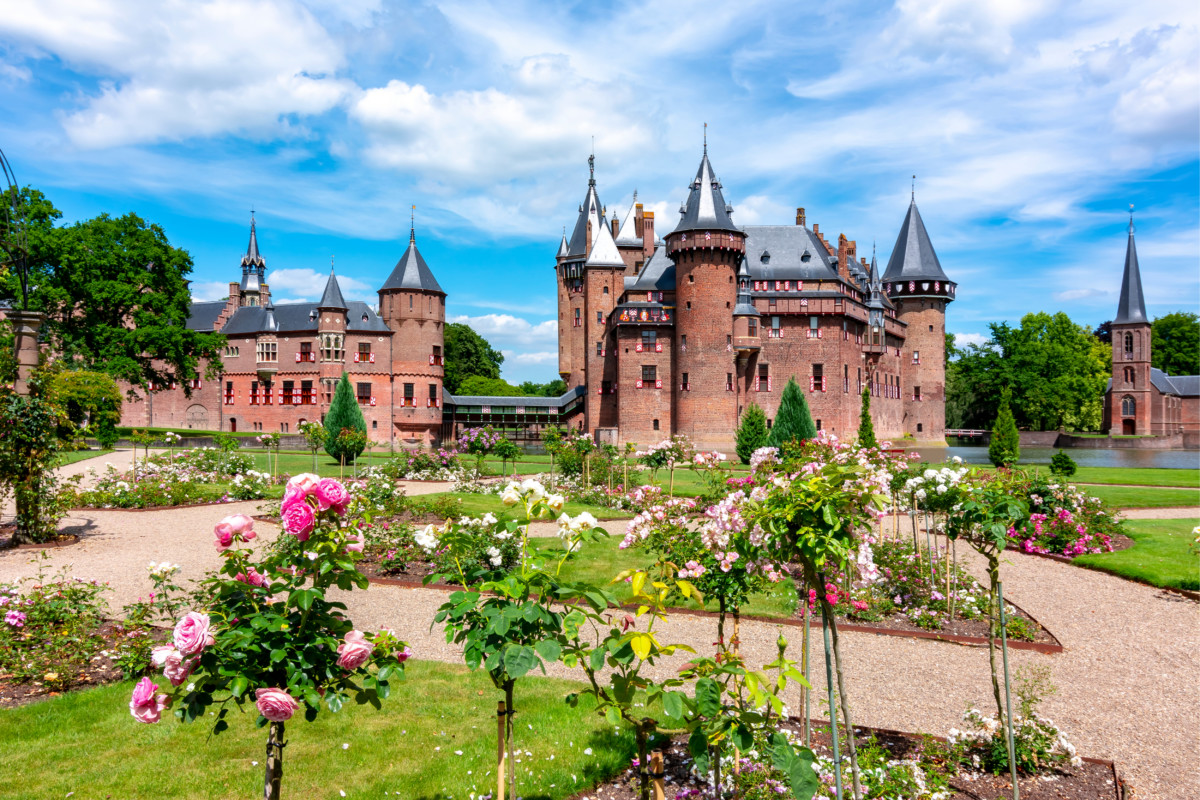 Europe is famous for its fairy tale scenery, and The Netherlands is no exception. The largest and prettiest castle is the country is arguably De Haar castle. Located near the charming village of Utrecht, this historic landmark is within easy driving distance of key locations (30 minutes away from Amsterdam and 45 minutes away from the port of Rotterdam).

Originally built in the 14th century, the castle fell into disrepair. Pierre Cuypers, the Dutch architect who also designed the Rijskmuseum in Amsterdam, was commissioned to renovate the ruinous building in the late 1800s. After 15 years of hard work, he restored it to full glory. Now, De Haar is the ideal image of a medieval fortress, with timeless features such as towers, ramparts, moats, gates and drawbridges.

In the summer, capture the gorgeous colours of the flowers blooming in the castle’s striking gardens, while the colder months will bring out the eerie qualities of the Neo-gothic architecture. Either way, incredible photos of this beautiful castle come guaranteed with any visit to Utrecht.

For something a little different during your visit to the Netherlands, explore The Hague. Known as the ‘International City of Peace and Justice’, The Hague is a diverse, coastal city of two halves. On one hand, it is the seat of the government of the Netherlands and synonymous with international law and politics. On the other, it is a surfer’s paradise, attracting groups of friends who come to enjoy the mammoth waves and vibrant nightlife.

If you’re not one for either politics or watersports, The Hague still has plenty to offer. For those looking for some peace and solitude during their holiday, its delicate Japanese Garden is one of the most fantastic places to photograph. Open for a short space of time between April and June to preserve the fragile flora and fauna on display, this curious garden in Clingendael Park is the crown jewel of the city.

The stunning pavilion, stone lanterns and lotus shaped ponds create a haven of relaxation and contemplation – and make it the perfect place for snapping pictures too! 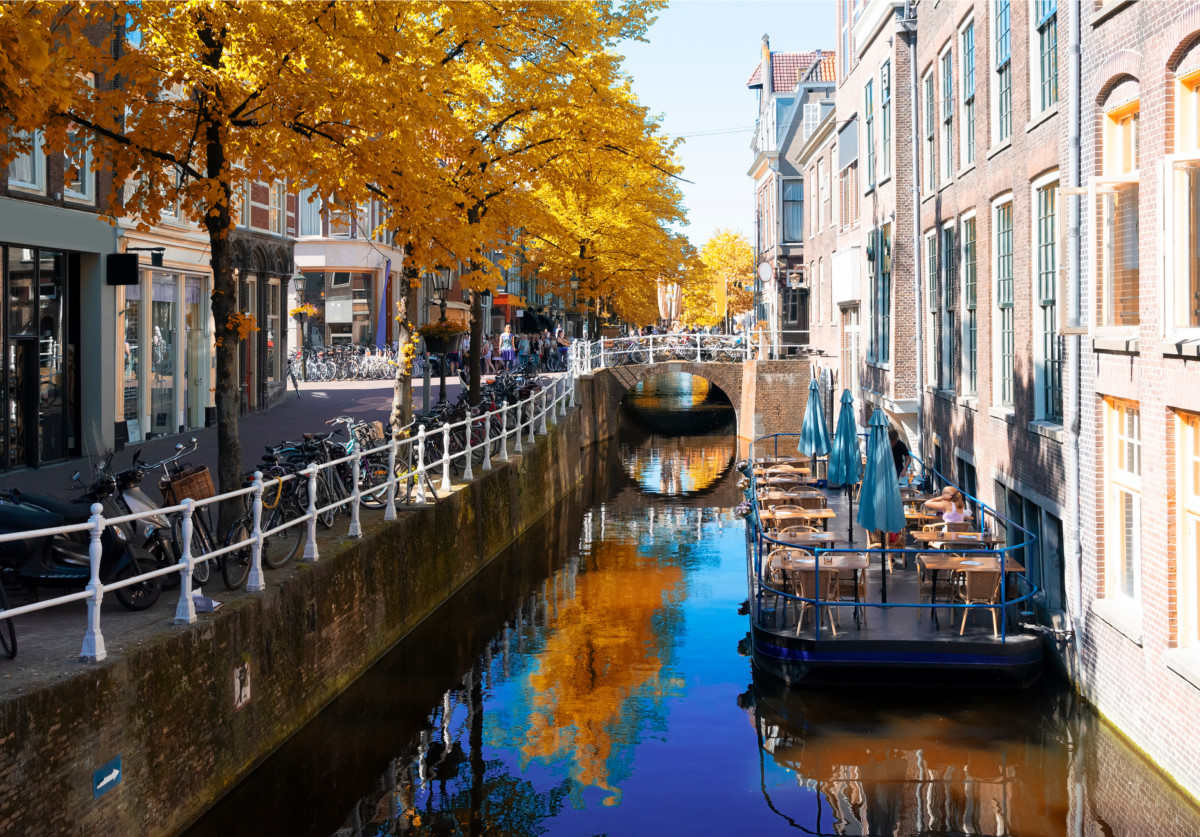 Known throughout the world for its exquisite blue-painted pottery and porcelain, Delft is a Dutch city prized for its attractive charm and tranquil atmosphere. After an easy 25-minute drive from the port of Rotterdam, you’ll find yourself in this iconic canal-laden province of South Holland.

Delft, like Amsterdam, boasts many waterways. The most picturesque canal is the ‘Old Delft’, the oldest canal from which the city was built around. Follow its perimeter and lose yourself in the cobbled streets, capturing their unique charm through the lens of your camera.

Make sure to stop off at the inner city to see the two big churches that dominate the skyline. The Oude Kerk (old church) with its crooked tower and stunning stained glass windows, and the Nieuwe Kerk (new church) with its fascinating connection to the Royal Family make great photo opportunities.

Ready to explore these Instagrammable locations in the Netherlands? Book your Hull to Rotterdam crossing with P&O Ferries and start planning your picturesque trip today!