Museums in the Netherlands

Discover / Museums in the Netherlands

In Europe, wonderful sights await you on every corner. This is especially true of the Netherlands. Quintessential canals, multi-coloured tulips, picturesque windmills… the country is a living postcard. However, some of its treasures are contained indoors, in the wonderful museums that celebrate the rich Dutch painting history.

Boasting the country’s most illustrious works of art, the museums in the Netherlands that we have picked out for you are located in equally glorious cities, such as Amsterdam, The Hague and Haarlem. As they are situated near each other, you could embark on a tour of all museums on an artistic road-trip.

Whether you decide to embark on an adventure dedicated to art or to visit just one museum, you will leave the Netherlands with the satisfaction of having seen some of Europe’s most fantastic works of art. 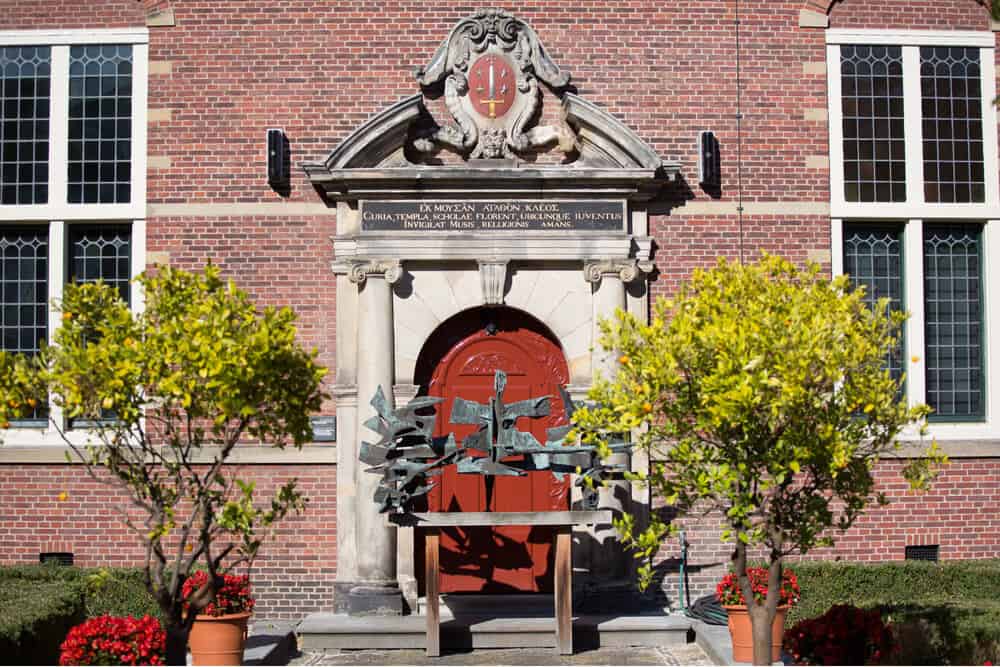 The 17th century was the Netherlands’ Golden Age, a time when the country prospered on all fronts, including the arts, thanks to portrait painters such as Frans Hals. Born in Antwerp, he moved with his parents to charming Haarlem when he was a child and remained there for the rest of his life. It is only natural that the city dedicated a museum to him, displaying many of his works that tell a lot about Haarlem’s history. Member of a guild, Hals often painted his companions, as well as Dutch officers, such as in The Banquet of the Officers of the St George Militia Company. Acclaimed for his brushwork, he inspired many painters who practised their craft by copying his technique – this includes Manet and Courbet.

Yet another Frenchman went to Haarlem to find inspiration in the Dutch innovations: Napoleon. He visited the nearby Teylers museum, founded in the 18th century. There is no doubt that you will be leaving Haarlem with fresh ideas too! 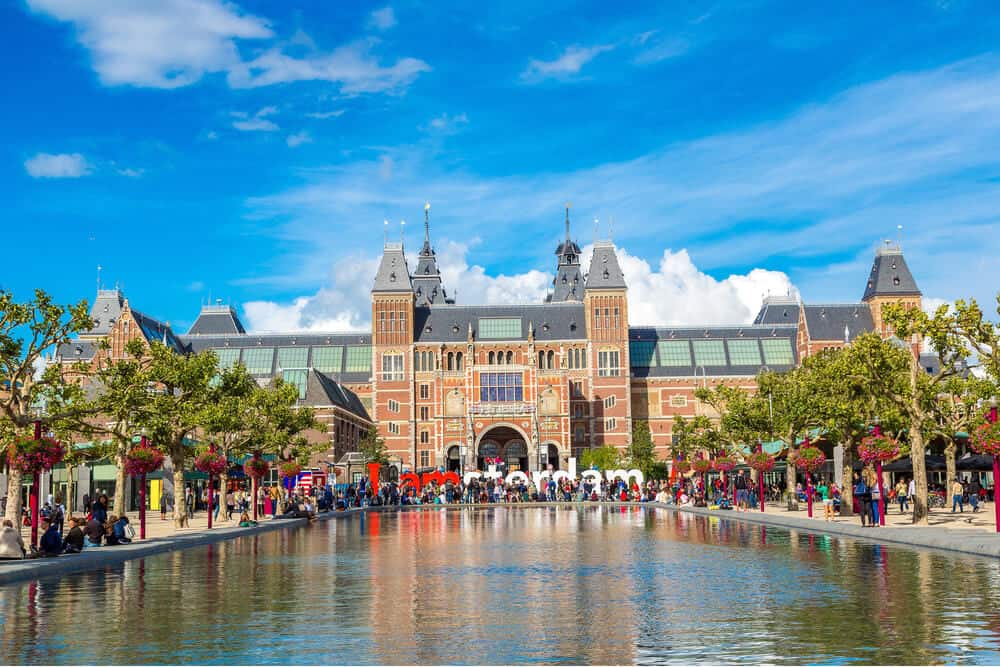 Ah, Amsterdam and its iconic canals, legion of bikes, cosy coffee shops, and stunning palace-like Rijksmuseum. On a sunny day, it is lovely to relax in its courtyard, sitting beside its refreshing basin, admiring the palatial-like architecture of the 19th-century building. Only a museum of such a splendour is worthy of hosting two of the Netherlands’ and humanity’s most prised art works: Rembrandt’s The Night Watch and Johannes Vermeer’s The Milkmaid.  You are sure to be enthralled by these masterpieces, but there are some 8000 other objects and paintings that will also await you.

If this visual feast is not enough to satisfy your hunger for art, the Van Gogh museum is just a short walk from the Rijksmuseum. 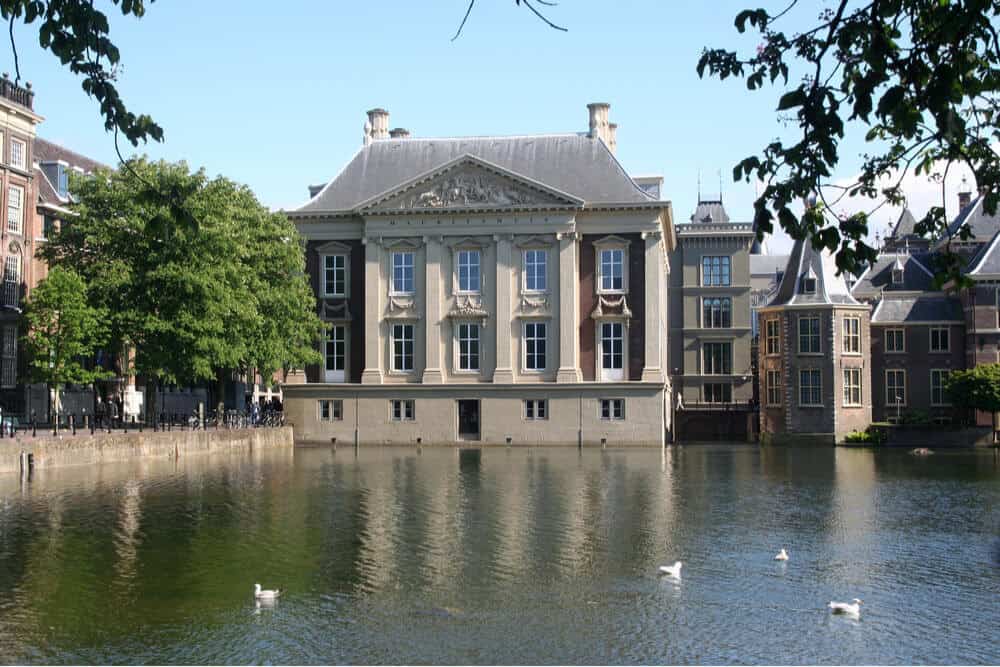 A surfers’ paradise, The Hague is also a promised land for fans of Dutch Golden Age painters. Located only an hour away from Amsterdam’s Rijksmuseum, the Hague’s idyllic Mauristhuis museum boasts two other must-see paintings from Rembrandt and Vermeer: The Anatomy Lesson of Dr. Nicolas Tulp and the Girl with a Pearl Earring – the latter is so fascinating that it inspired a book which was subsequently turned into a movie with Scarlett Johansson.

You will also have the privilege of seeing works by Frans Hals and Rubens. Once you have absorbed all you can of the Dutch masters, you might want to find out about the rest of the country’s art history too. Head then to the contemporary-looking Gemeentemuseum Den Haag (‘’municipal museum’’) which hosts a large collection of paintings by the abstract genius Piet Mondrian. 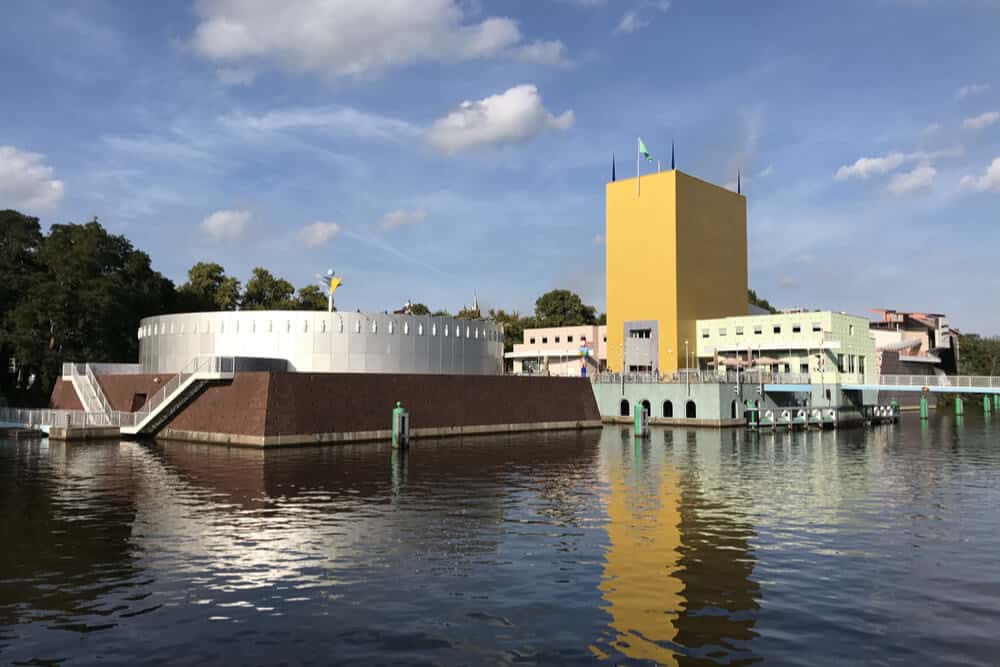 Resolutely a contemporary art aficionado? Drive straight from Rotterdam port to where its striking floating museum will cater to your love of pop culture and daring artists. Its past exhibitions have been dedicated to the likes of LaChapelle and David Bowie – make sure to check the website to find out what’s on.

Even if your favourite artist isn’t on the programme of events, you should go anyway to admire the three singular pavilions that make up this museum, each imagined by famous designers, including the renowned Philip Stark. The outside structure will dazzle you but wait until you enter the museum. A mix of contradictory, diverse forms, bright colours and lighting, the architecture and decoration – inspired by the Italian artistic Memphis Group – of this museum make it a work of art in itself.

To discover these incredible museums, book your journey to the Netherlands with P&O Ferries!