Europe boasts so many wonders that it is sometimes difficult for explorers to know where to begin. Thankfully, UNESCO (an organisation dedicated to education, science and culture) has been taking great care of humanity’s greatest creations since 1975.

Their expansive list of World Heritage Sites was created to establish the most breathtaking locations and monuments on the planet – and ensure that they are properly preserved. Of course, with over 1000 entries on the UNESCO list, checking them all off simply isn’t a feasible task for most people.

To make things a little easier, we’ve selected 4 must-see UNESCO World Heritage Sites in Europe – all accessible from the ports of Calais, Zeebrugge or Rotterdam. 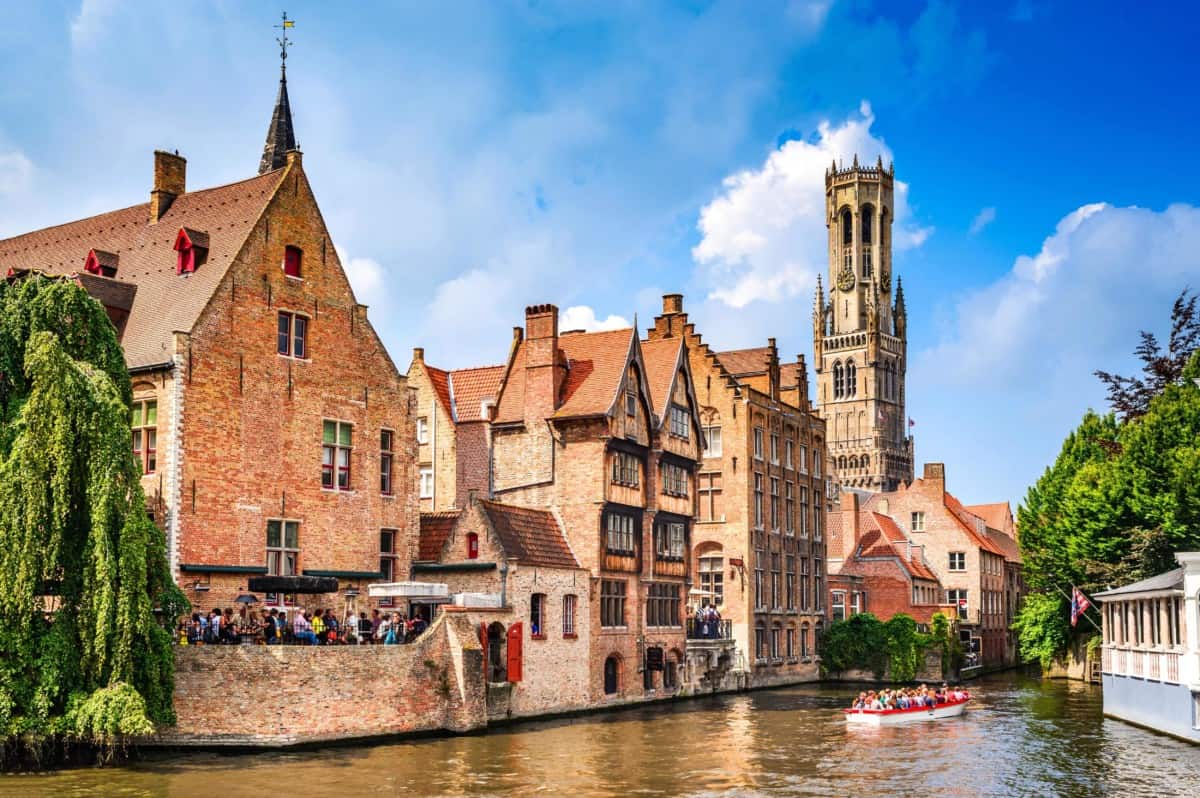 In Bruges, you’ll discover a mesmerising blend of gothic, renaissance and 19th-century neo-gothic architecture. This unique style makes it one of the most exciting places to visit in Europe. Situated on the banks of the River Reie, the city enjoyed rapid growth between the 12th and 15th centuries thanks to its advantageous position on the continent. Today, despite Belgium being invaded in both World Wars, the historic centre of Bruges stands as a fantastically preserved example of a medieval trading hub, earning deserved UNESCO recognition in 2000.

It’s easy to trace the steps of the area’s mercantile history. Start with a walk along any of the cobbled lanes that trace the market square and visit the imposing 12th-century Belfry. You’ll spot numerous symbols above doorways by the old guilds to indicate the services on offer within.

Bruges’ impact on the art world cannot be underestimated either. The paintings of resident artists Jan Van Eyck and Hans Memling are today exhibited in galleries across the world. In Bruges itself, find Van Eyck’s Virgin and Child with Canon van der Paele in the Groeningemuseum, while the Old St. John’s Hospital houses a museum dedicated to Memling. 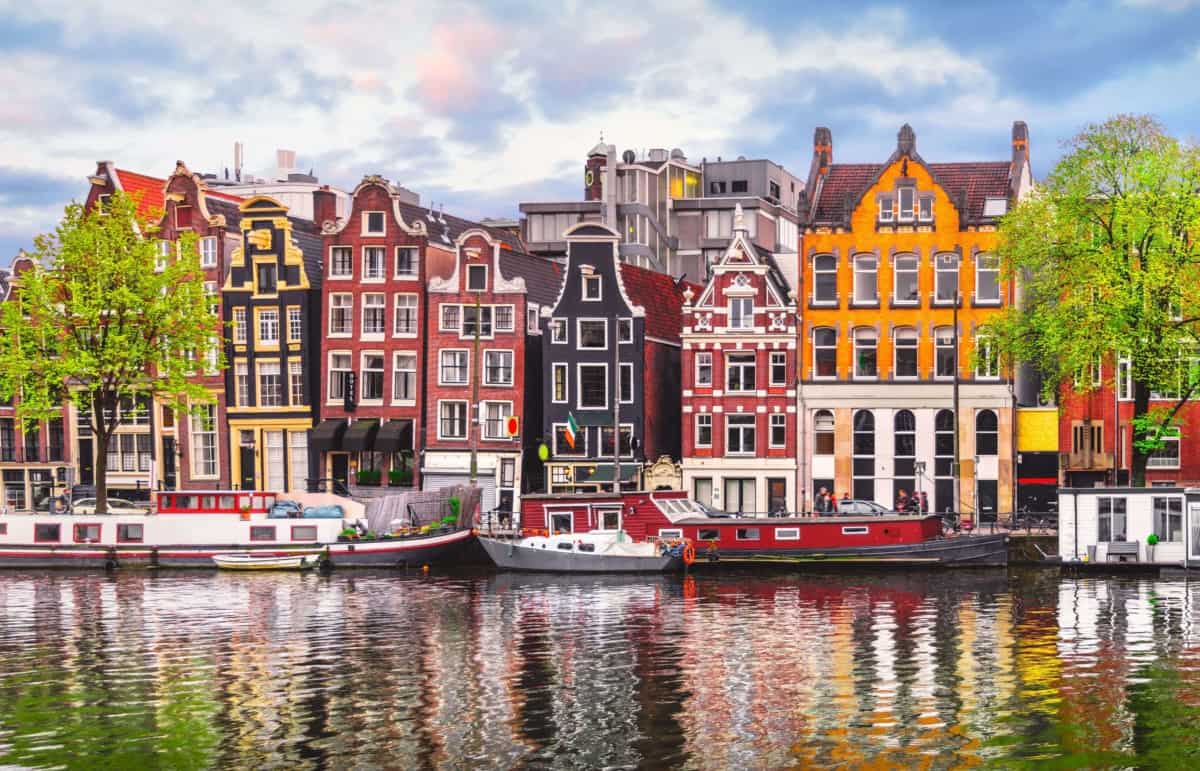 Amsterdam‘s intricate web of canals and bridges that crosshatch the city are a dazzling urban triumph. Long before the Dutch city’s canal district was declared a UNESCO World Heritage Site, it influenced Russian Tsar Peter the Great’s 18th-century plans for Saint Petersburg.

Amsterdam was founded as a fishing town, and found its golden age in the 17th century when Dutch commercial ships brought incredible wealth back from the Baltic states, Poland and the Far East. These riches were used to expand and beautify the city, with some of Amsterdam’s most gorgeous houses constructed during this period. Admire these old houses on a river cruise along the Amstel, or stroll along some of the canals.

You can also learn about the city’s unique maritime heritage in the Rijksmuseum. For a relaxing walk, venture into the Joordan neighbourhood, where every street is named after a flower. Here, you can grab a drink in a friendly café, which are to Amsterdam what pubs are to London. Rembrandt himself was a regular customer of Café Chris, a 450-year-old establishment. After you follow in this Dutch icon’s footsteps, why not stop by his house and museum at the centre of the Canal Ring? 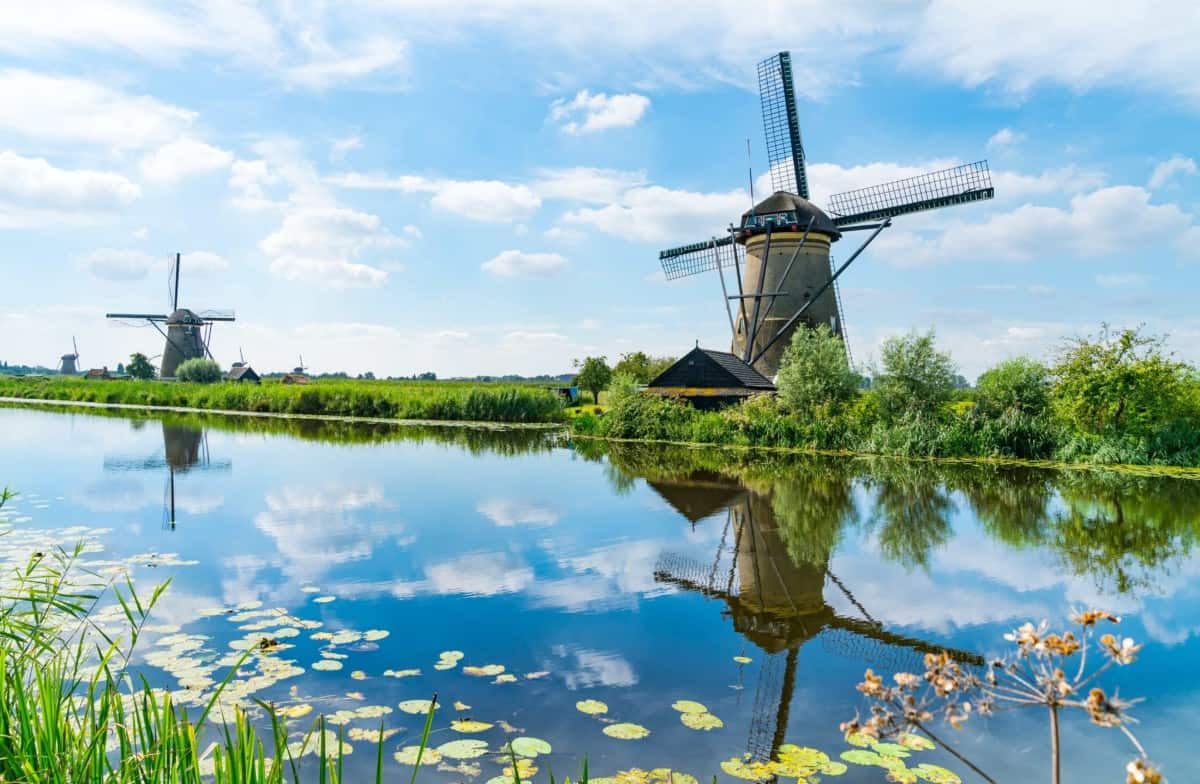 Situated 30 minutes away from Rotterdam, the pretty and timeless village of Kinderjiik is home to 19 of the most famous windmills in the world. The windmill is the national symbol of the Netherlands, and nowhere better represents this Dutch emblem than Kinderjiik. The site was declared a UNESCO World Heritage Site in 1997.

Much of the Netherlands is situated below sea level, so the country’s people have had to face many floods over the course of its history. As a result, windmills were constructed in 1740 to drain water in emergencies. These old mills are still in full working order and produce organic flour that can be purchased on the premises. 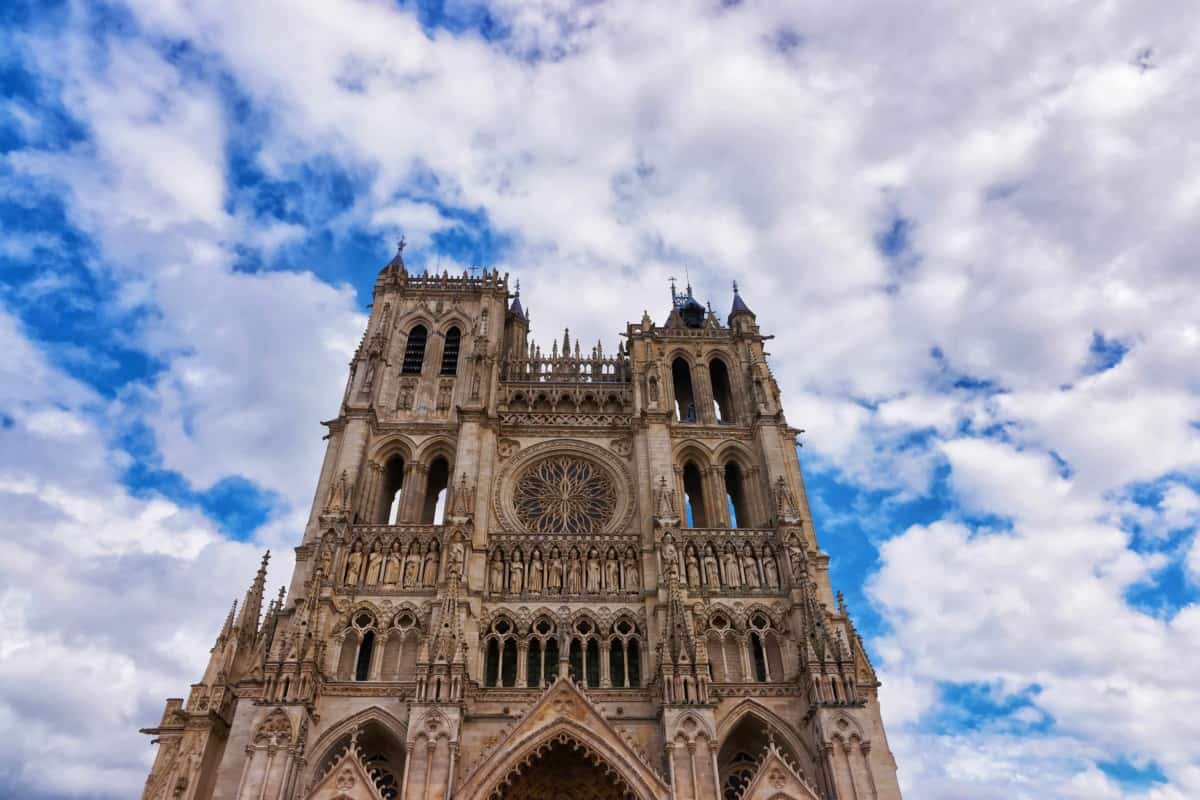 French writer Stendhal almost fainted at the sight of the Basilica Santa Croce in Florence, and France’s most magnificent gothic jewel inspires similar feeling. A UNESCO World Heritage Site since 1981, Amiens Cathedral is twice the size of Notre-Dame de Paris and adorned by some extraordinarily intricate sculptures. To name but one, the spectacular statue of Jesus found at the central entrance – known as Beau-Dieu d’Amiens – was said to have been inspired by an apparition of Christ himself to the anonymous artist.

The gothic architectural movement is considered by many to have originated in the Picardy region of France between 1130 and 1150. Amiens’ popularity soared from 1206 onwards thanks to the arrival of a very special guest – a skull claimed to be that of St. John the Baptist. Centuries later, the skull is still there – as is the cathedral, having somehow survived a night of intense bombings in May 1940.

Step into this defiant monument to admire its stained-glass windows. Find a peaceful spot to bask in the warmth and among burning frankincense, then head outside to sample Amiens’ famous floating markets which can be found nearby.

Ready to discover these UNESCO World Heritage Sites in Europe for yourself? Book your P&O ferry crossing and start planning your trip today!